~Sing For You~ is an OVA for the Is the Order a Rabbit? anime series which covers Chapter 8 from Volume 5 and was released without a theatrical release on the 26th September 2019 as a BD/DVD.

Chino has been chosen by the school for the solo part in their concert. Thus Chino asked Rize for a special training. In order to get used to singing in front of people, they're holding a karaoke tournament. However, rather than being able to practice, everyone ended up being too excited about it. Will the nervous Chino be able to sing properly on that very day?

Cocoa and Rize’s quiet day at Rabbit House is interrupted when Maya and Megu carry a catatonic Chino in. As it turns out, Chino had been selected to perform the solo for her school’s choral concert. While Rize and Cocoa worry, Chino decides to go ahead with the performance and asks Rize to help her prepare for the part. Rize thus has Chino run through various exercises to boost her stamina, before giving her drills on voice training. It turns out that Chino’s inclination to perform the solo, despite her weakness in public speaking, was partly motivated by a desire to help Rabbit House become more popular. Later, Chiya hosts a karaoke night at Ama Usa An, and when Chino blanks out from nerves, Cocoa decides to encourage Syaro to perform. Under the influence of caffeine, Syaro delivers a spirited and energetic performance befitting of an idol. Chiya, on the other hand, performs an enka. The girls get fired up and sing for most of the evening, before having a short-lived fight as to which group Chino should sing for. Back at Rabbit House, Takahiro encourages Chino to simply perform her best and sing for those important to her. Chino looks at old photographs of her mother, who was once a Jazz singer in the same band that Takahiro and Rize’s father were in. Cocoa later sneaks off to prepare cheer implements for Chino with Chiya and Syaro. On the morning of the performance, Megu and Maya do their best to encourage a nervous Chino, whose spirits lift when she spots Cocoa and the others in the audience. She proceeds to deliver a performance that brings tears to Cocoa, Rize, Chiya and Syaro’s eyes. After the concert, she rushes off to Rabbit House to meet the others, only to find that the decorations Cocoa and the others had put up to root for her have only become gaudier and more outrageous. Later, Chino shares a moment with Tippy and expresses her happiness that things are so lively now, saying she enjoyed the concert.

Is the Order a Rabbit? Special Episode: ~Sing For You~/Gallery 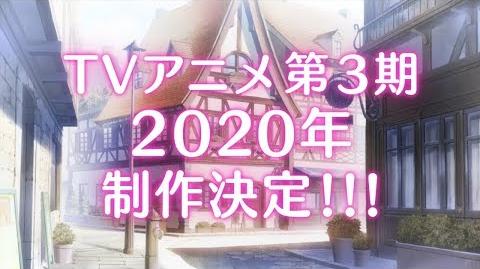 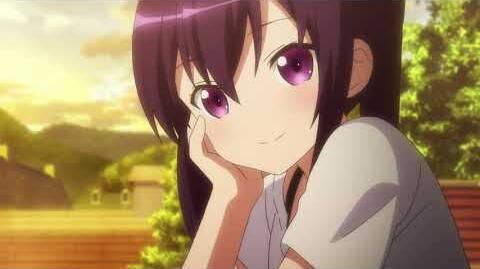 Retrieved from "https://gochiusa.fandom.com/wiki/Is_the_Order_a_Rabbit%3F%3F_OVA:_~Sing_For_You~?oldid=11506"
Community content is available under CC-BY-SA unless otherwise noted.